Getting a sneak peek at local Malleefowl 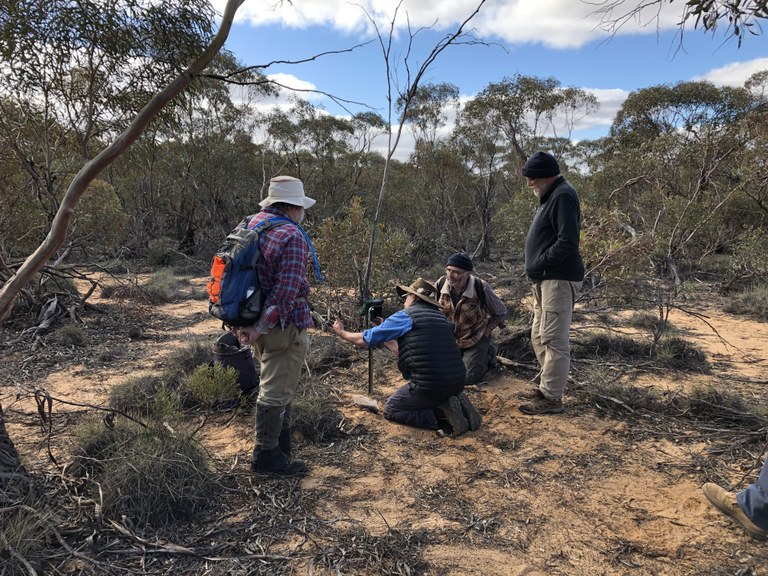 An innovative project is underway to take a glimpse into the lives of local Malleefowl and find out just how much of a threat foxes are to these iconic species.

Getting a sneak peek at local Malleefowl Hidden cameras have been set up at two research sites at Annuello and Wandown Flora and Fauna Reserves, where researchers are keen to record fox activity and find out how much baiting is needed to reduce fox numbers.

This project is supported by the Mallee CMA, through funding from the Australian Government’s National Landcare Program.

“The project is part of the nation-wide adaptive management predator experiment, and aims to test the assumption that fox baiting and predator control is having an impact on Malleefowl populations,” explained Liz Kington from the National Malleefowl Recovery Team (NMRT). Volunteers from the NMRT are working on the project in partnership with the Mallee CMA.

“Each site has 10 cameras in a grid formation. These cameras are monitored to count the number of predators, including foxes and cats,” Liz said.

“One site is baited for foxes and one site is unbaited to act as a control site. These sites have a similar habitat and are close to each other, although not directly next to each other.”

Changes in Malleefowl population at these sites are measured though annual monitoring of all mounds by Victorian Malleefowl Recovery Group volunteers.

Recently, as part of a training workshop, volunteers returned to collect the first lot of data captured over the past three months. New volunteers were also taught about the placement and maintenance of the remote cameras.

“The footage we are collecting on the cameras is also highlighting what other animals are living at Annuello and Wandown,” Liz said.